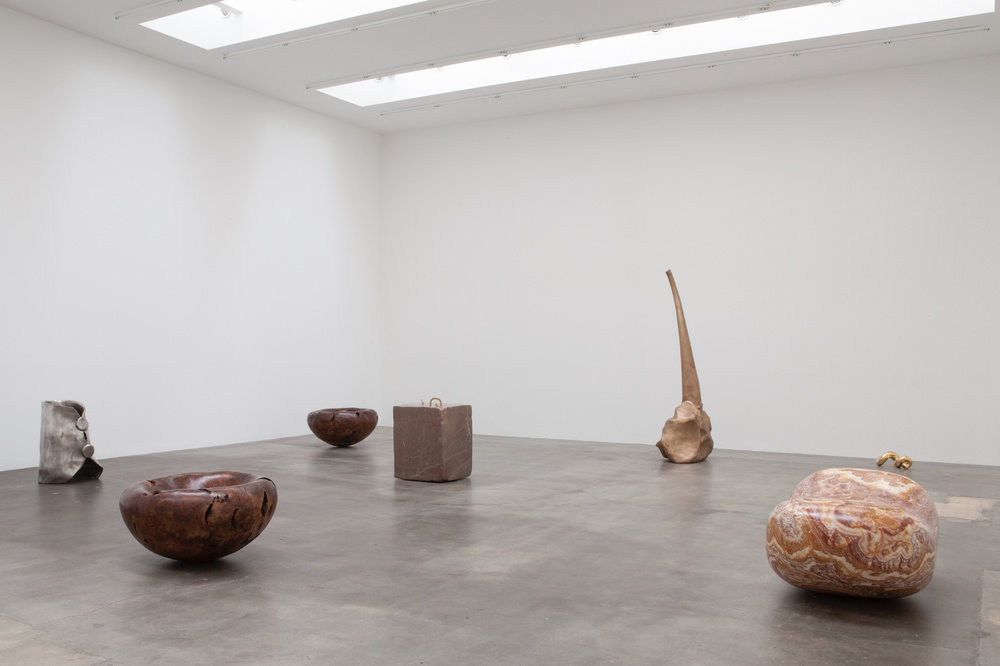 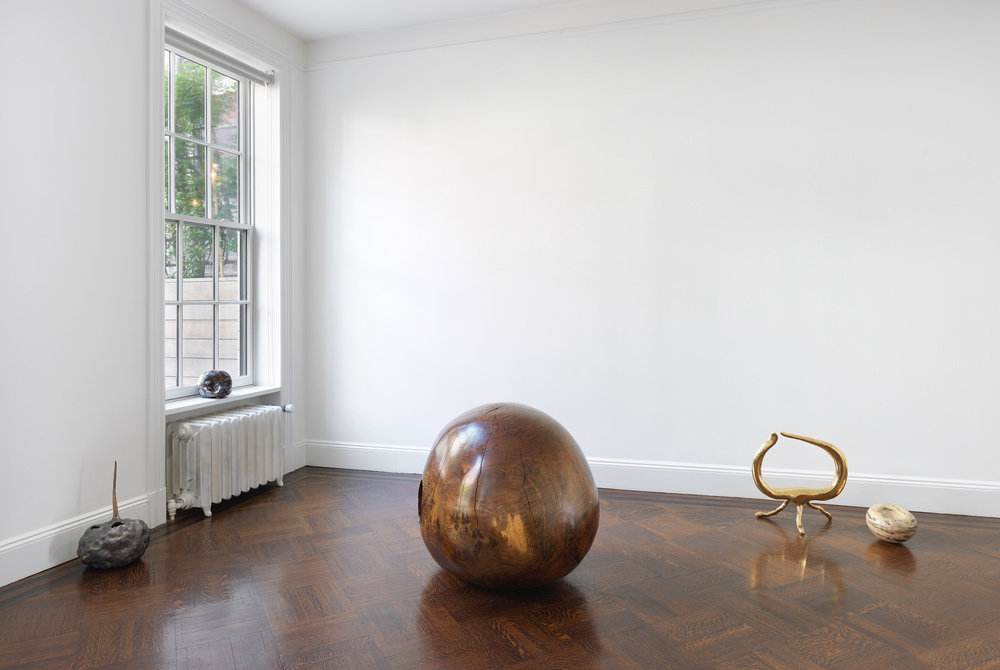 Alma Allen (b. 1970, Heber City, UT) is a self-taught artist who began his practice by hand carving salvaged materials into unique small objects. Allen moved to New York in his early twenties and sold the miniature carvings on the street in SoHo, before catching the attention of designers nearby. After almost a decade in New York, Allen relocated to Los Angeles where he began designing furniture and creating large-scale sculptures. After repeated injury from obsessive over-carving left Allen unable to use his hands for extended periods, the artist built a robotic system out of spare assembly line parts and developed its proprietary software as a mechanized extension of hand-carving. Primarily constructed in stone, wood, and bronze, Allen’s sculptures are reminiscent of those by Constantin Brancusi and Isamu Noguchi, reflecting their ardor for experimentation, expressiveness, and originality. Allen’s process is organic and oftentimes the material itself dictates the final form—whether it is anthropomorphic or non-representational.

Alma Allen participated in the 2014 Whitney Biennial where he gained recognition and a wider discovery of his work. He had his first solo exhibition at Blum & Poe, Los Angeles in January 2015 and later at Blum & Poe, New York in September 2016.

Recent group exhibitions include the de Saisset Museum, Santa Clara, CA and Aldrich Contemporary Art Museum, Ridgefield, CT. In Conversation: Alma Allen & J.B. Blunk, a two-person exhibition that began at the Palm Springs Art Museum, Palm Springs, CA (February 2018), traveled to the Nevada Museum of Art, Reno in Spring 2019. This exhibition staged an encounter between two artists who never met but whose work shares a deep affinity. The art of Alma Allen and J.B. Blunk blur the line between design and sculpture, with both artists creating evocative organic work from natural materials.

T Magazine: Diamond in the Rough