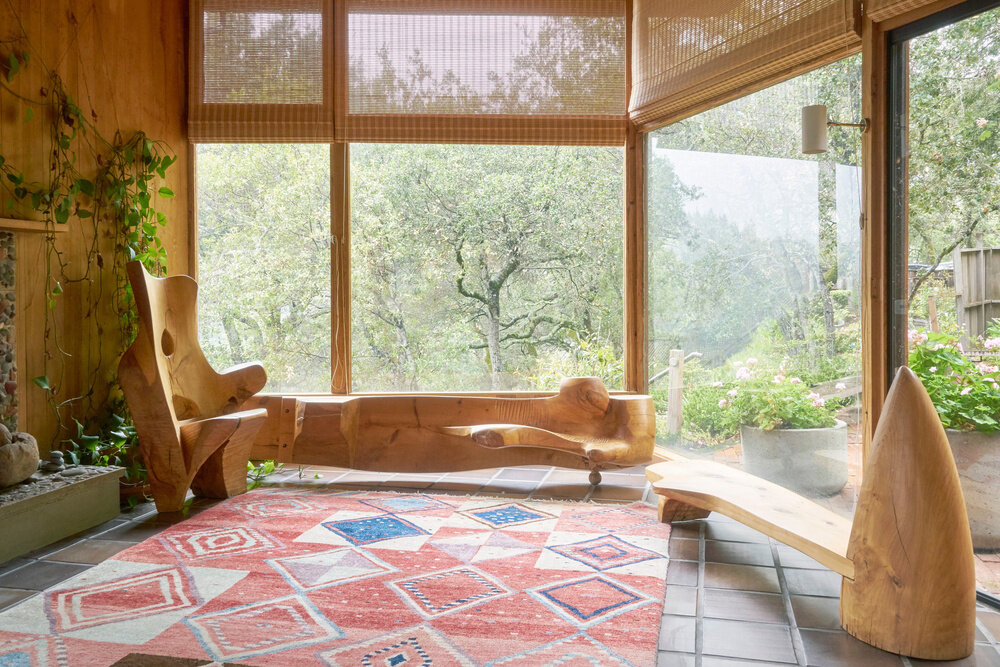 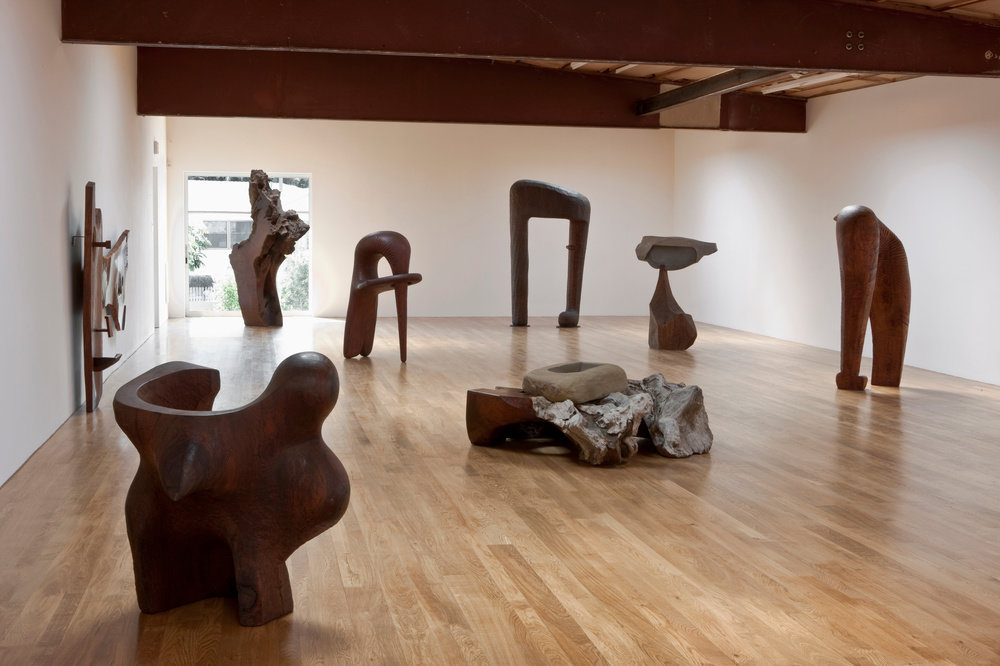 For decades, the innovative Northern Californian sculptor JB Blunk (b. 1926, Ottawa, KS; d. 2002, Inverness, CA) has been a quietly underrated household name to artists and craftsmen for his sculpture, ceramics, furniture, and installations.

Blunk’s art practice began in Japan in 1950, while he searched for the ceramics of Shōji Hamada, whose work he had seen in an exhibition in Los Angeles. After a chance encounter with sculptor Isamu Noguchi in a mingei (craft) shop he was introduced to famed potters Kitaoji Rosanjin and Kaneshige Toyo, with whom he later apprenticed. For Blunk, working with his hands and the mark-making of simple tools, combined with a close connection to the natural environment and materials, were the qualities of the potter’s routine that deeply influenced his approach to making art and, later, his lifestyle more broadly.

Blunk lived and worked on his own terms. In 1958 he hand-built his ridge-top home and studio in Inverness, CA. Assembled from salvaged materials, Blunk crafted everything in the house, from the doors to the dining table, and all the ceramics used daily for eating and drinking. He was a pioneer of the “Back to the Land” movement, as well as one of the first artists to be described as a “California Craftsman.”

In the 1960s, Blunk began working with wood, first making stools and small tables and eventually earning commissions for large-scale pieces, public sculptures, and environments. In his practice, he sculpted mostly from centuries-old cypress and redwood, with stumps often larger than twenty feet in diameter. The artist would study the grain or burl of a piece of wood for days or weeks, and then—without the use of sketches or maquettes—he would work reductively on the single form. He became known for using chainsaws and hand tools on massive, single blocks of wood.

Blunk studied ceramics with Laura Andreson at the University of California, Los Angeles in 1949. His work has been exhibited widely, including a retrospective exhibition at the Oakland Museum of California, Oakland, CA (2018), and a two-person show with sculptor Alma Allen at the Palm Springs Art Museum, Palm Springs, CA (2018). A major monograph on the artist was published in 2020 by Blunk Books and Dent-de-Leone. Blunk’s work is featured in public collections worldwide, including the Los Angeles County Museum of Art, Los Angeles, CA; M+ Museum, Hong Kong, China; Museum of Arts and Design, New York, NY; Oakland Museum of California, Oakland, CA; Palm Springs Art Museum, Palm Springs, CA; the San Francisco Museum of Modern Art, San Francisco, CA; and the Smithsonian Institution, Washington D.C., among others.

Apollo Magazine: The Mischievous and Mysterious Art of JB Blunk