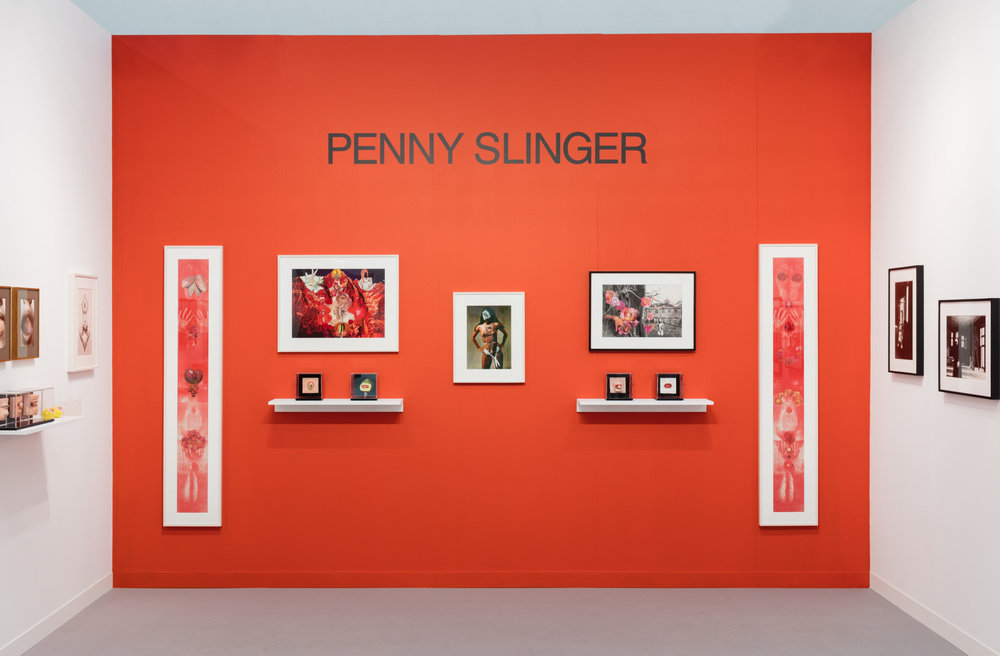 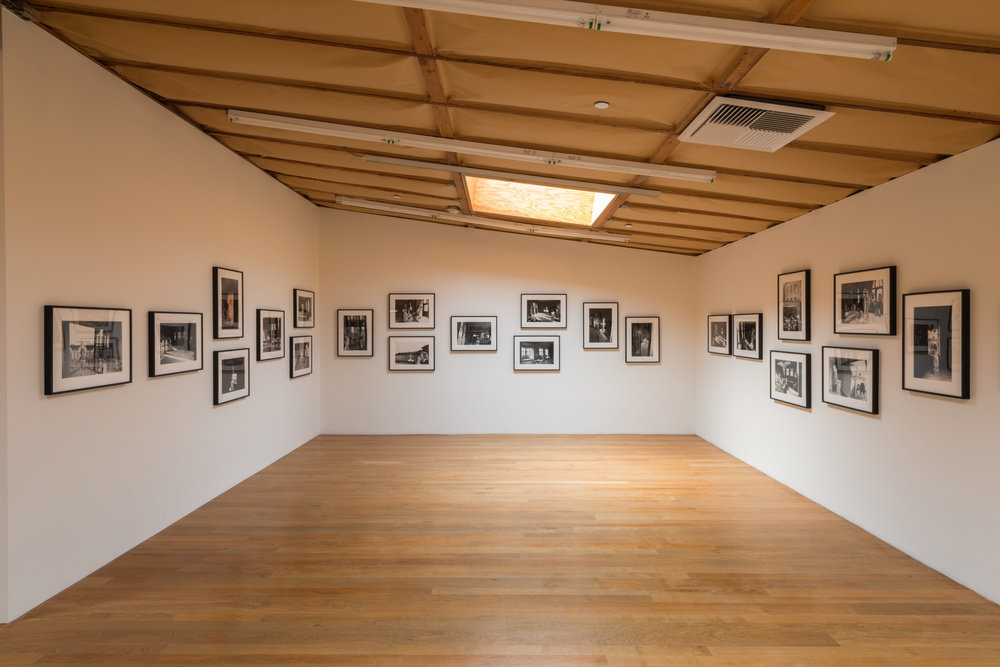 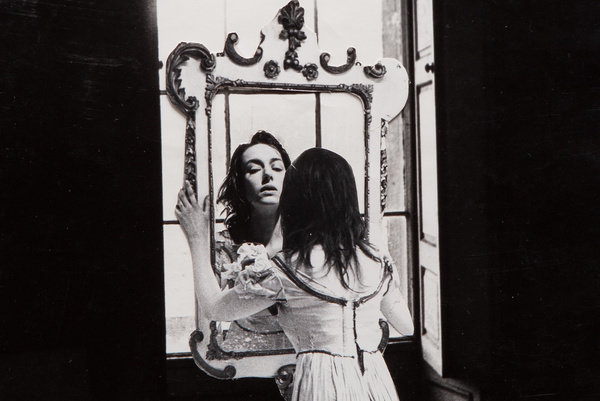 Penny Slinger (b. 1947, London, UK) is a Los Angeles-based artist who has been exploring the connection between eroticism, mysticism, feminism, and art for over fifty years. Slinger mined surrealism in the 1960s and 1970s to plumb the depths of the feminine psyche and subconscious. She continues to work in many mediums including collage, photography, drawing, sculpture, and video.

During her studies at the Chelsea College of Art in late 1960s London, Slinger became interested in the world of dreams and myths which deeply influenced her own practice, as seen in her first book 50% The Visible Woman (1971). Using photographic collage and poetry, Slinger’s lexicon of symbols examines how a woman is seen and how she sees herself—woman as goddess, woman as object of desire, and other lenses.

During the 1970s, Slinger used her own staged photographs to create hauntingly surreal collages for the series An Exorcism. Set in an English Gothic mansion, these scenes contained both male and female figures, including the artist herself. These works illustrate a young woman's journey into higher consciousness—a theme Slinger would revisit in the sixty-four-part series Mountain Ecstasy (1978). In these collages, Slinger merges ancient Egyptian, sexual, and occult found-imagery to celebrate tantric alchemy and the divine feminine. Copies of this book were burned by British customs upon entry into the UK as a form of censorship.

In 1979, Slinger and scholar Nik Douglas published Sexual Secrets: The Alchemy of Ecstasy which featured more than 600 illustrations created by Slinger. It became one of the bestselling books about Tantra, love and sexuality, and as a result it was rereleased a decade later. They also collaborated on The Secret Dakini Oracle, published 1977 and again in 2003 as The Tantric Dakini Oracle—a sixty-five card divination deck featuring original collages by Slinger based on the mystical teachings of the Tantric tradition.

Her first exhibition at Blum & Poe Los Angeles in 2014 featured works from the 1960s-80s. In 2017, Blum & Poe dedicated a solo presentation to Slinger’s work at Frieze London in a section called Sex Work: Feminist Art & Radical Politics organized by curator Alison M. Gingeras. A documentary about her life, Penny Slinger: Out of the Shadows, was released in 2017 by filmmaker Richard Kovitch. Slinger continues to receive considerable recognition for her trailblazing work.