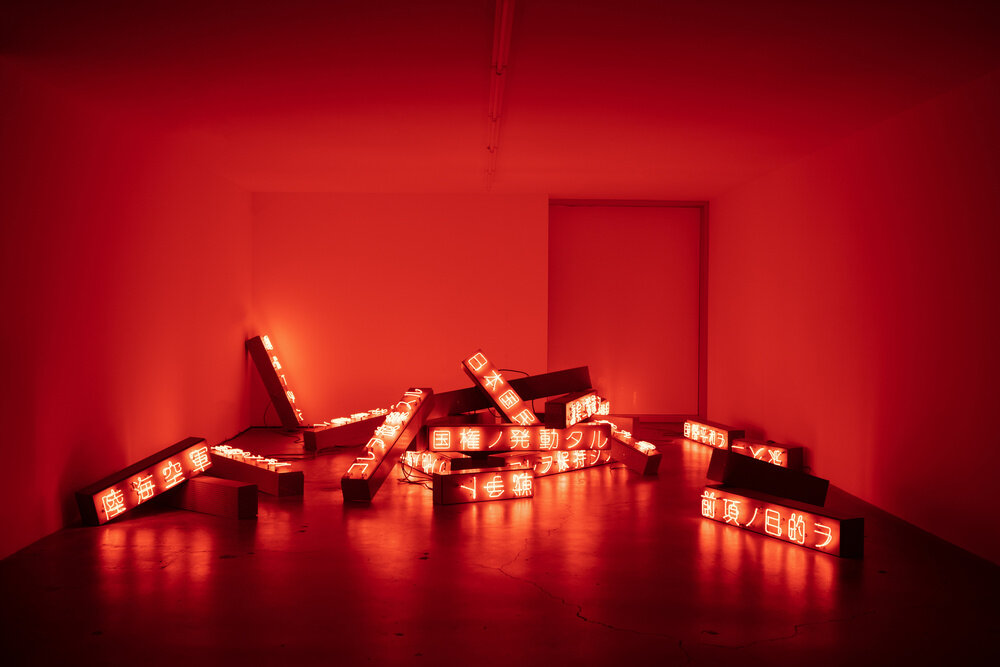 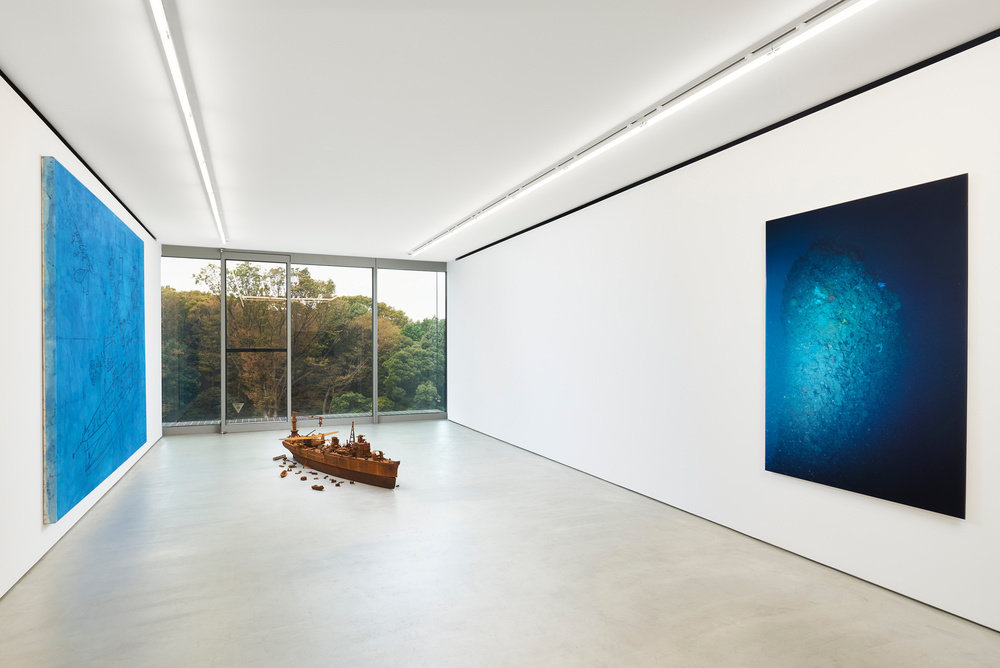 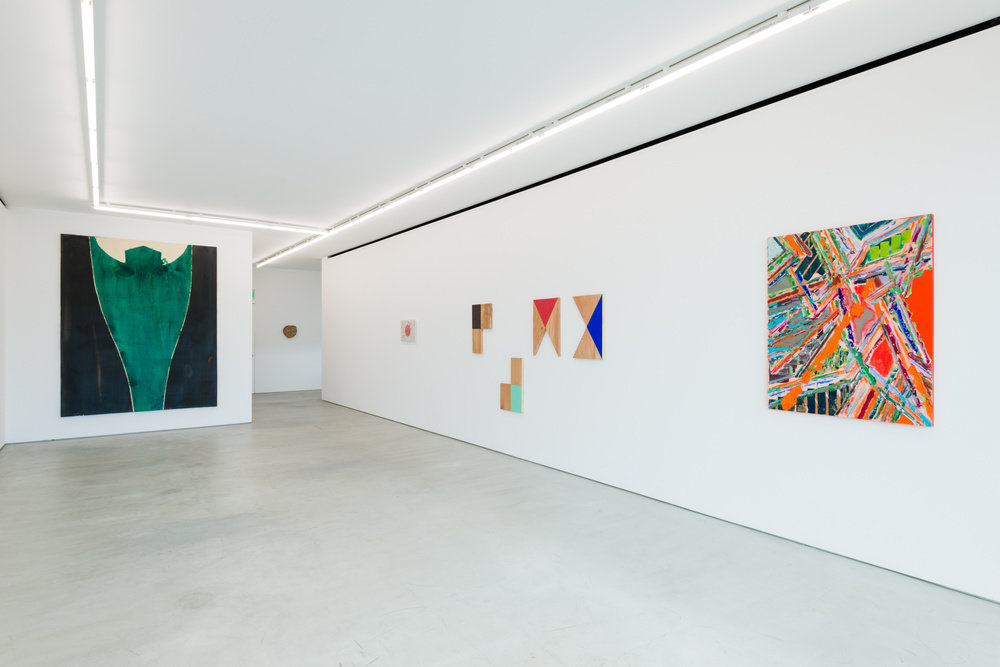 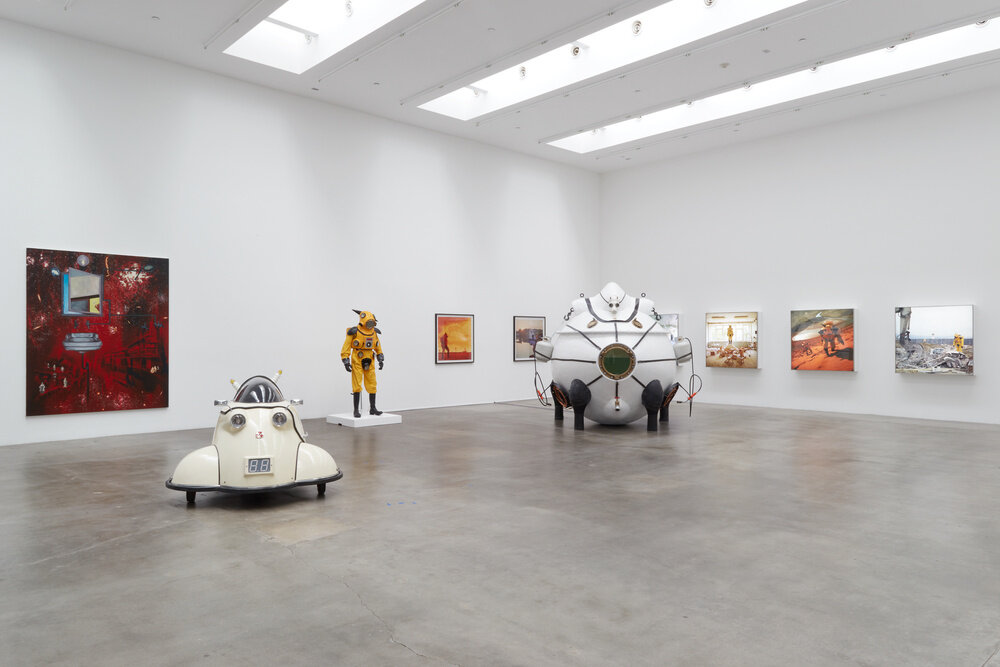 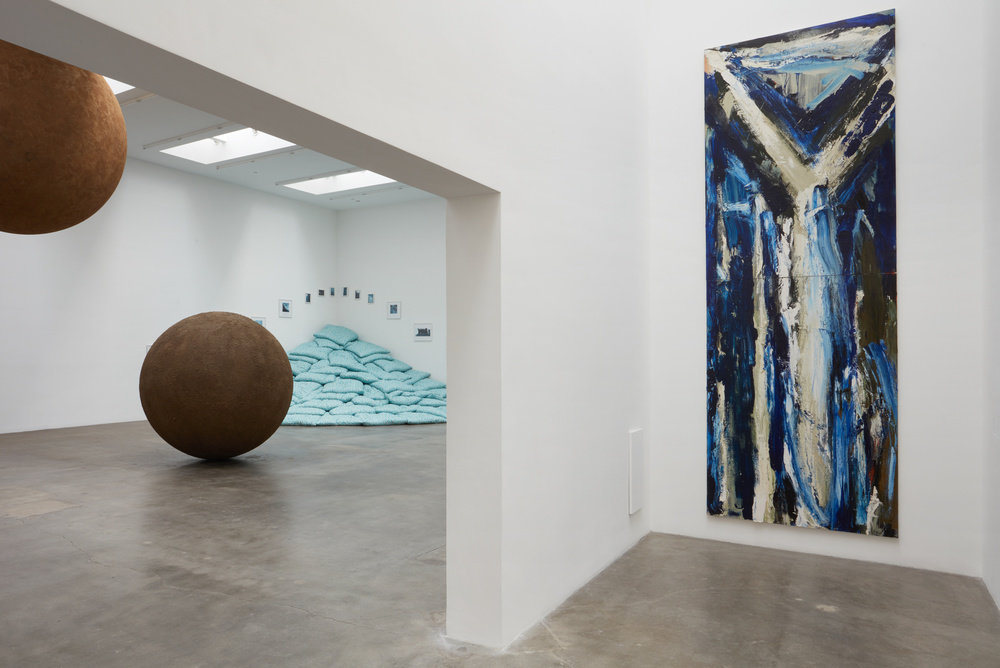 Yukinori Yanagi (b. 1959, Fukuoka, Japan) focuses on large-scale and site-specific installations that interrogate the politics of institutional borders and boundaries often drawing from systems of signs and symbolic imagery. After receiving his MFA in painting from the Musashino Art University in Tokyo in 1985, Yanagi moved to the US for an MFA from Yale University. It was at this time that the notion of “wandering as a permanent position” began to occupy the artist’s investigations. Yanagi used flags as symbols of nationalism and stability of place as a point of departure for major works in this chapter. He pursued the dissolution of symbolic signs of stasis into organic forms that change with time and circumstance. One iconic example from this era is World Flag Ant Farm Project—consisting of many interconnected ant farms filled with colored grains of sand, each representing a different nation of the world. The ants slowly travel between the “nations” via small tubes, carrying with them—and inadvertently intermixing—grains of sand, dissolving the designs of these recognizable symbols, and eventually evolving the system into one universal flag.

Another formative work from this era rooted in the concept of movement, Ground Transposition, was first installed during Art Document ‘87 at the Tochigi Prefectural Museum of Fine Arts in 1987. The newest iteration presented in 2019 for Blum & Poe’s Parergon, this sculpture consists of two twin globes: one filled with helium and floating above its FRP counterpart stationed on the ground below. The two spheres are coated with soil. One globe’s soil is sourced from the Henoko district in Okinawa prefecture, which is undergoing land reclamation work in order to integrate the U.S. Marine Corps Air Station—despite local protest. The other globe’s soil comes from Manzanar, the WWII military-style internment camp where Japanese-American citizens and resident Japanese aliens were incarcerated. The grand size of these sculptures in proportion to the human form references the scale of the dung beetle in relation to its creation, the round dung ball, which can weigh up to 250 times the weight of the insect. The dung beetle was known to the ancient Egyptians as the steward of the sun, its daily task no less than pushing the sun itself across the sky. This symbolism echoes back to Yanagi’s interest in nationalism and the signaling of place, as the Japanese flag bears a large red disc representative of this very sun.

The artist would later become interested in the defunct prison on the island of Alcatraz, San Francisco, CA, visiting the penitentiary daily for two weeks and conducting field work for what would become an exhibition in 1996 in the “bare building, ravaged by the ocean breeze.” In one of various works installed here, Yanagi augmented the small ceiling grates with stencils through which light poured daily—the natural projection from the sun would then scribe poetry on the prison floors such as “Moon in cell,” “Bloom and bones,” and “Stray like ant.” Initially motivated by the federal penitentiary’s fraught history—including the imprisonment of a second-generation Japanese American for treason and the occupation of the island by the American Indian Movement—these works are a commentary on human rights, political imprisonment, and the natural passage of time. This is epitomized in Broken Glass on Map, in which Yanagi pieced together glass shards from the building into the shape of the U.S. map.

Yanagi went on to exhibit work at the 45th Venice Biennale in 1993, subsequently winning the Aperto Award. The years that followed included many more international biennials—the Bienal de São Paulo (Brazil, 1996), La Biennale de Lyon (France, 1997), and the Whitney Biennial (2000). The artist then returned to Japan, dedicating years to developing large-scale public art projects aimed at revitalizing abandoned spaces. One long-term project, the Inujima Seirensho Art Museum in Okayama on the Japanese island of Inujima, was a defunct copper refinery that the artist revamped using renewable energy. On Inujima, Yanagi acquired novelist and theorist Yukio Mishima’s former residence and created installations that assembled its fragments in a profound meditation on the effects of modernization, fused with the architectural heritage of the industrial site. In 2012, he founded ART BASE MOMOSHIMA, an art center located in a former junior high school on the remote island of Momoshima in Onomichi.