Blum & Poe is pleased to present an exhibition of Japanese ceramics featuring the work of Kazunori Hamana, Yuji Ueda, and Otani Workshop—organized and curated by Takashi Murakami.

For this exhibition, Takashi Murakami assembles a new generation of Japanese ceramicists whose unique pottery methods merge a respect for lineage with improvisation, experimentation, and refinement. As with the artists’ previous exhibition at Blum & Poe Los Angeles (September 2015)—Hamana, Ueda, and Otani bring their unique wares and collective imagination to the New York gallery space to create a lucid and otherworldly environment. Central to both the artists' practices and lifestyles, an emphasis on the integrity of natural objects and processes drives this presentation of anthropomorphic clay forms; asymmetrical vessels; and singed, crackling, glazed surfaces. Locally harvested clays are shaped sometimes over the span of many days; mixed with experimental materials to produce unique effects; glazes formed with combinations of metals, ash, and wood; pieces baked in subterranean or above-ground wood-fired kilns.

This display of ceramics is an illumination of age-old traditions being expanded into the 21st century. Informed by and in conceptual counter to elements of contemporary pop culture, mass production and mass consumption, Kazunori Hamana for example, creates large ceramic vessels without immediately perceivable use, working without tools and without haste. Many of the works in the exhibition by these three young artists have never been seen before in the United States.

Kazunori Hamana makes ceramics on the pacific coast, in Chiba, Japan. The work is both stark and full of personality, oftentimes the surfaces are striped or imbued with designs or language. Urns, bowls, vessels, cups, and plates—each irregularly shaped by not only the vast history of the ceramic arts, but also by the characteristics found in the coastal environment where he works.

Yuji Ueda comes from a family of award-winning tea farmers in the Shiga Prefecture town of Shigaraki. His experimental approach to glazing and firing leads to a variety of distinct forms and vessels. Working both in intimate sizes and larger scales, Ueda’s alien surfaces and fragile textures are both tolerant and unyielding.

Otani Workshop is also based in Shigaraki—one of the great centers of Japanese ceramics for the last 800 years. In addition to clay, Otani works with wood, iron, and other materials. His small jars, vases, and other sculptural forms depicting figures and faces are characteristic of the many styles and motifs found throughout Japanese culture. 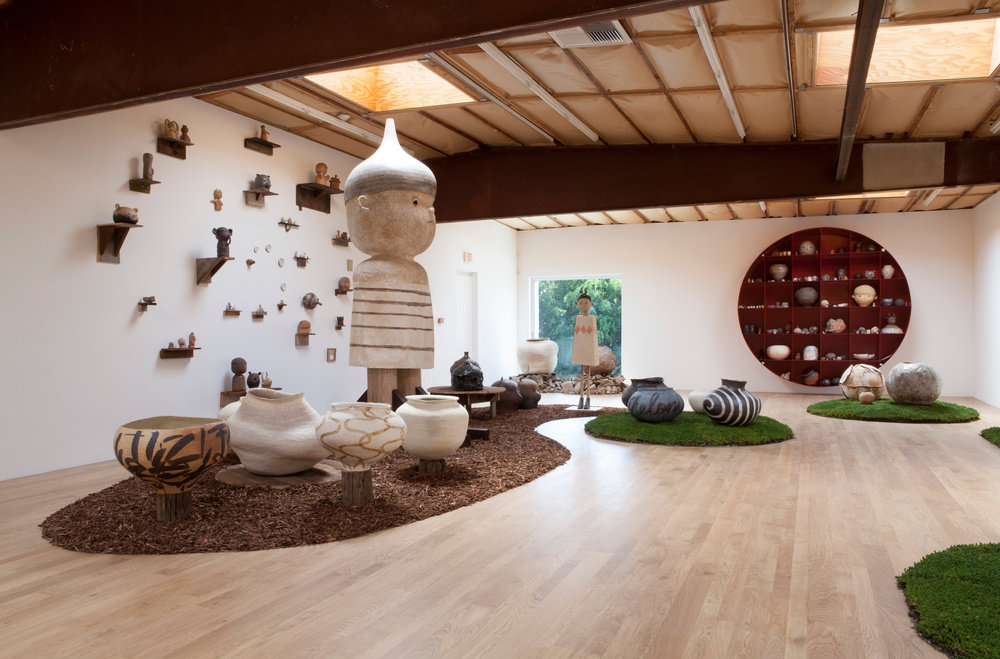