Off the stairs on the second floor, an immersive digital field of floating orbs, frantic lines, and hulking humanoid forms shiver and hump in an amorphous desert landscape. A mess of beings unpredictably crash and bleed into one another in an endless algorithmic flow. Electric eyes emit an energetic buzz that can be felt from the east end of the gallery to the west, while small white domes silently meander across the floor. Nearby, smeared ink and awkwardly stretched canvases bear witness to the deadening effects of anesthetics on flesh and nerves.

The walls are lined with photographs. Some resemble anatomical runoff or blooming algae, while others are latticework of ambiguous aqueous blobs. In these vestiges of pictures, water destroys the image rather than tempering the corrosive effects of darkroom chemicals. Layers of plastic and emulsion separate and degrade, resulting in snapshots of this arrested disappearance.

Further on, sonic waves evaporate and harden, and a lightning rod sends virtual heat to a pan. A copper frame bears the marks of heat and oily fingers on its dappled, gleaming surface. The ghostly image of radiation hovers near a severed communication cable resting motionless on a pedestal.

Throughout this long corridor, an invisible energetic presence pulses beneath the surface. On the way out, a hand shakes violently up and down, dissolving into a blur.

Technokinesis is organized by Jenny Jaskey and Andrea Neustein. It opened in New York on June 28, 2014 and continues there until August 25. For five hours a day, the works in each location will hum in unison. 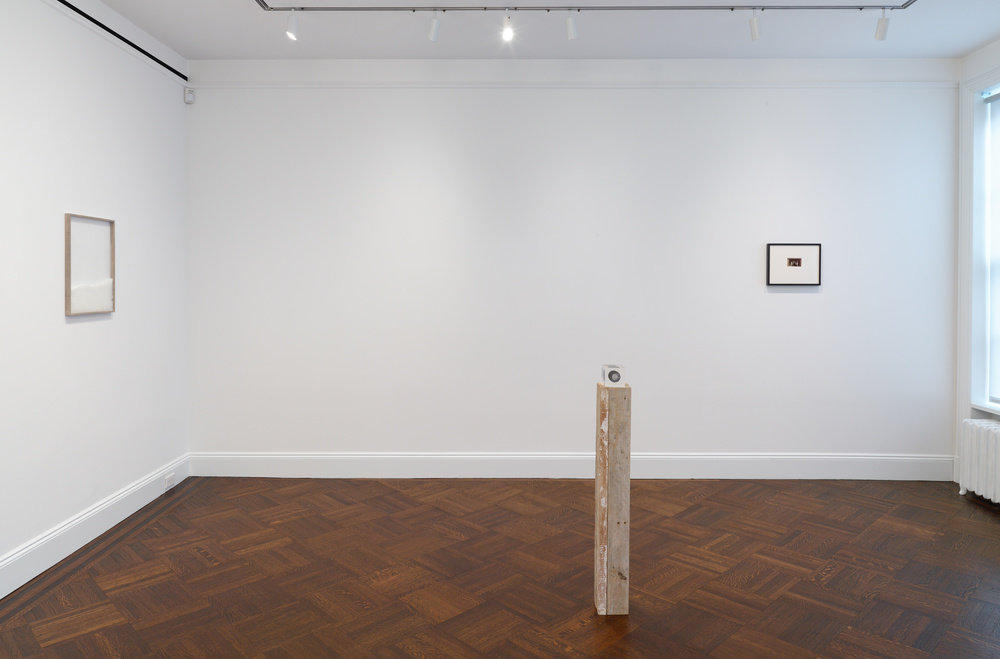