Frieze: Highlights from the Gwangju Biennale

Highlights from the Gwangju Biennale
By: Hayoung Chung

One of Asia’s most prominent art exhibitions, the Gwangju Biennale—originally slated for 2020, but postponed due to the COVID-19 pandemic—opened its 13th edition exploring the limits of individual cognition and the transcendent possibilities of what co-curators Defne Ayas and Natasha Ginwala define in their mission statement as ‘the extended mind’. Titled ‘Minds Rising, Spirits Tuning’, this iteration includes works by 69 artists across four venues, a series of site-specific commissions around the city, and a digital programme of podcasts, videos and online publications.

Light moves subtly through the prism of Gwangju Biennale’s Exhibition Hall, illuminating a wide spectrum of work that engages with ceremonial rites. These range from an undated ritual object from Seoul’s Museum of Shamanism, known as the ‘stone grandmother’, to John Gerrard’s Corn Work (Corrib) (2020)—a simulation of four folkloric figures performing a symbolic dance, made using motion-capture and 3D scans, projected onto a mirrored cube.

In the adjacent space, works by Caetanópolis-born artist Sonia Gomes and East Java-born artist, educator and craftsman Jumaadi explore ideas of communality. Where Gomes deconstructs and reassembles found materials, such as patterned fabrics or scrap furniture to revive narratives of Brazil’s African diaspora—in a practice she describes in the exhibition literature as being ‘about a hidden part of the body’—Jumaadi follows craft and storytelling traditions, from ancient epics to tales of contemporary Indonesia, in textile works that connect histories, communities and spiritual practices. Insisting upon the limitations of the body to form kinships, the surreal structures in Gomes’s series ‘Torções’ (‘Twists’, 2017) and ‘Raiz’ (‘Roots’, 2018) enter into a dialogue with Jumaadi’s rice-starched, sun-dried and shell-glazed canvases—such as Love Will Find its Way (2019), which applies the iconography of Balinese temple paintings to narratives from migration to visitation—conveying stories of harmonious interdependency.

In the third gallery, thoughtfully positioned jute screens steer the works into conversations. A reconstruction of Vaginal Davis’s project space, Club Sucker (1994–99), speaks to Jacolby Satterwhite’s video We Are in Hell When We Hurt Each Other (2020). Club Sucker documents the many performances and gatherings Davis hosted for local people who might consider themselves marginalized in Los Angeles’s Koreatown—a multi-ethnic neighbourhood facing rising housing costs—where she lived during the 1990s and early 2000s. Davis’s parodic questioning of gender norms, police surveillance and racial conflict is revealed in a selection of photographs, fanzines and Club Sucker flyers scattered across the floor under glitterball lighting. Fast-forwarding two decades, Satterwhite’s video edits together found footage of protests with 3D animations of Black CGI fembots dancing, seemingly unperturbed by the civil unrest around them. While the dance moves are based on the artist’s own choreography, performed against a green screen, the soundtrack—taken from Satterwhite’s album with Nick Weiss, Love Will Find a Way Home (2019)—features the voice of his mother, Patricia, overlaid onto dance tracks, rendering the narrative fearlessly personal.

In Horanggasy Artpolygon—a community art space on Yangnim Mountain, which acted as a site of colonial resistance and preaching the gospel—Patricia Domínguez’s video installation, Madre Drone (Mother Drone, 2020), amplifies the location’s historical significance by exploring the plurality of healing practices at a technological level. In the video, a woman-serpent neutralizes a man-robot in a sacred encounter by her emitting green light that evokes the handheld lasers students used against riot police and surveillance drones during the Santiago protests of 2019—all witnessed by the eyes of a toucan, half-blinded by fire in the Amazon rainforest.

A founding impetus for the Gwangju Biennale was commemorating the city’s May 1980 uprising, when a series of pro-democracy protests against South Korea’s military government were brutally repressed, leading to the deaths of at least 200 people. Citizens injured by police during the uprising were treated at the former Armed Forces Hospital, which has been repurposed as an exhibition space since 2018. The hospital’s now-deconsecrated church sees Mike Nelson’s site-specific installation, Mirror reverb (the blinding of a building, a notation for another) (2018), originally commissioned for 12th Gwangju Biennale, restaged to commemorate the 40th anniversary of the democracy movement. Nelson recomposes detached mirrors from the hospital wards inside the church, opening the story of the patients they reflected in the 1980s. Also at the hospital is Chiharu Shiota’s new work, The Language of God (2020), which transforms the building’s small chapel into a cave made of black thread and pages torn from the Bible. In 16th century Japan, the suppression of Christianity meant that the faith could only be communicated via word of mouth, with the contents of the Bible being constantly transmuted as its message was passed verbally from place to place.

One of the biennial’s GB Commissions, Sung Hwan Kim’s film Hair Is a Piece of Head (2021), explores the undocumented histories of Korean picture brides, who immigrated to Hawaii through a matchmaking process solely dependent on each other’s photographs at the turn of the 20th century.  In the film, a fragmented narrative emerges from repeated clips of the women dressed up as brides, following the subtle changes in their posture and facial expression. Relaying interviews with the brides’ descendants, the voiceover brings their lost voices to life in three languages: Hawaiian, Korean and English.

A connective initiation ceremony for all the works in the biennial, ‘Through the Gates: The Processions’, curated and produced by Davide Quadrio, saw live performances in the main hall on two days in February. These included a reading from the Sutra by the Buddhist nun Jeong Kwan. A composite web of inherited healing practices grows from these ‘activated’ works, challenging our preconceptions of the animate and the inanimate and reminding us of the persistent boundary-pushing, resilience and resistance that will continue to manifest in the future. 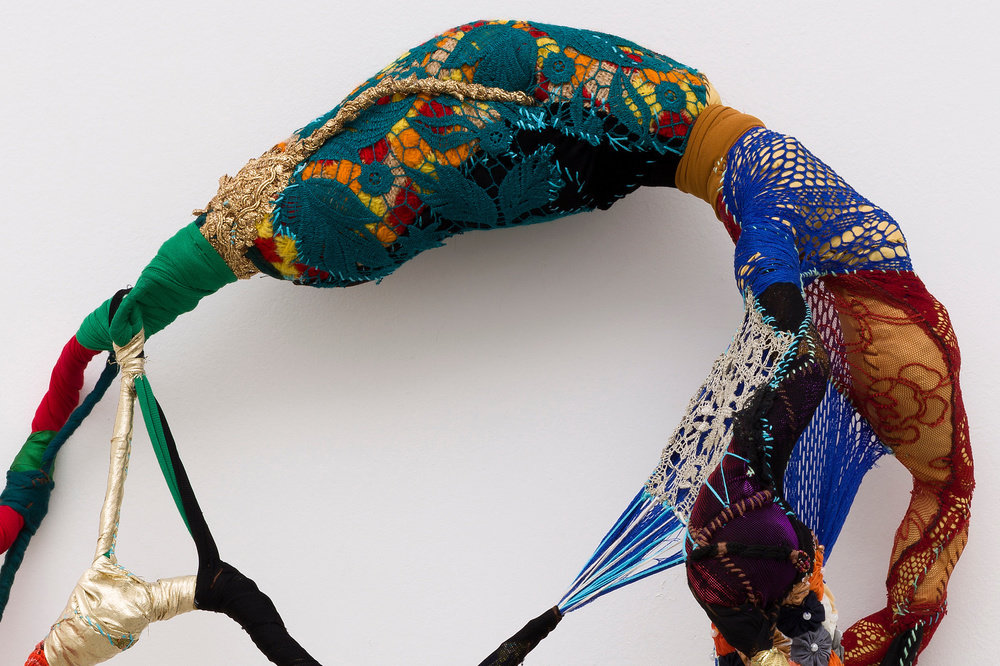