Marking the 2 years anniversary of a very special exhibition at Chicago’s Soccer Club Club, which was presented by Blum & Poe in partnership with Drag City, Friedrich Kunath has released a new book, Songs Build Little Rooms in Time. Capturing the unique body of work that was born through an ongoing collaboration between LA-based artist and the late musician, writer, and friend David Berman, it features images and lyrics that evoke playfulness and the romance of a sudden discovery.

“Around 2012, Berman and Kunath worked actively together on the book, You Owe Me a Feeling, with Berman providing notebooks to Kunath from which he derived text for the finished work. Several years later, as Berman was struggling to make sense in music again for the first time in a decade, he noted the use of his lyrics in a later collection of Kunath’s work. This discovery led to a discussion between the two on the reasonable nature of such inclusion, developing from something that seemed almost antagonistic on Berman’s part into an eventual understanding: they would find things to show and tell between themselves and in the process, create a show in cooperation. This alliance was successful—with more than enough material to work with, Kunath was deep in his process, relocating these expressions outside of their natural habitat. The painter was in the final stages of this work when Berman unexpectedly passed.”

The book features the images of the paintings created for the exhibition alongside notes and lyrics by the late musician. Designed by a longtime mutual friend and collaborator Michael Schmelling, the book’s layout with images attached to the pages in a post-it manner evoke the sense of browsing someone’s personal journal and archive of notes. Released in an edition of 1000 plus a special edition of 60 examples with hand-painted paper-wrapped slipcases by Friedrich Kunath (now sold out), this hardcover publication is available through Blum & Poe store. 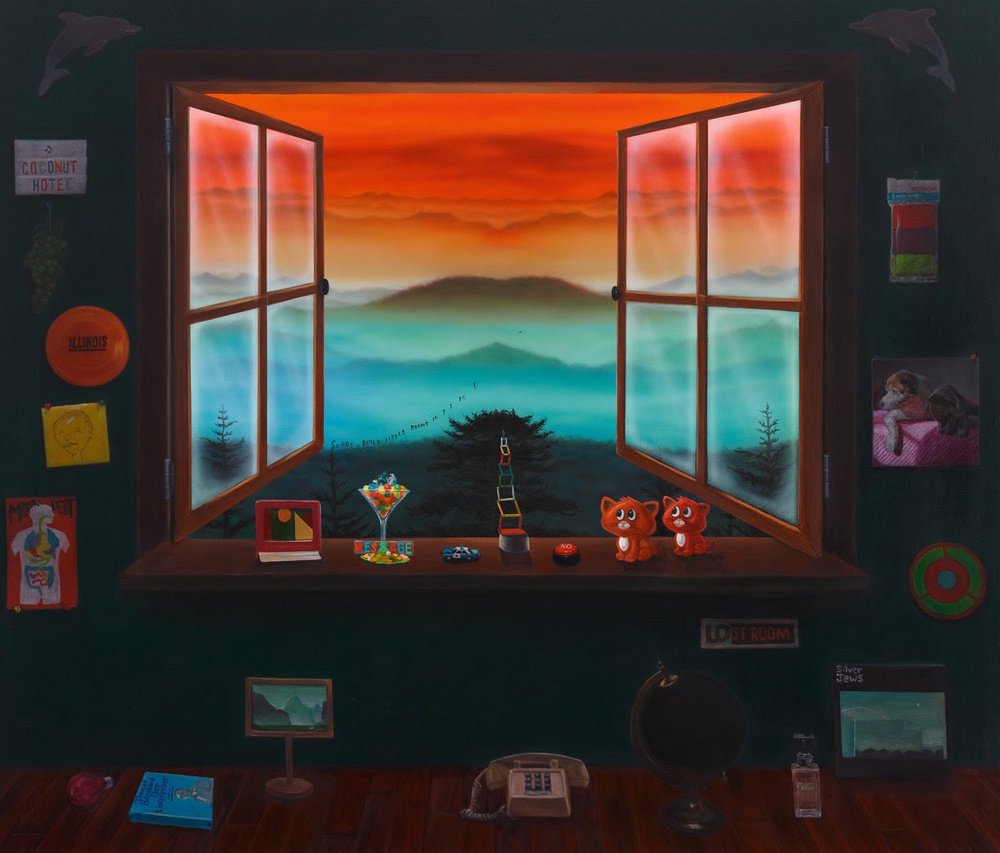