This event is sold out!
Please join us virtually on Instagram Live @blumandpoe.

In celebration of What Have They Done with America?, Lonnie Holley’s first exhibition in Los Angeles, Blum & Poe is pleased to present a conversation with Holley and two-time Academy Award-winning actor, producer, author, and activist Jane Fonda. This event is free and open to all.

Click here to register. To access the event, please have your Eventbrite tickets ready and enter through the parking lot entrance off Alvira Street.

Please note: by entering these premises you are consenting to be filmed for a forthcoming documentary on Lonnie Holley.

In 2021, Holley was featured in Lonnie Holley: Tangled Up in De Kooning’s Fence, curated by Alison M. Gingeras, at South Etna Montauk’s gallery space. The exhibition coincided with Everything That’s Not White, Holley’s solo exhibition at the Parrish Art Museum in Watermill, NY. Both exhibitions featured a range of paintings, sculptures, and works on paper that Holley made over the course of his residency on the East End.

Jane Fonda is a two-time Academy Award-winning actor (Best Actress in 1971 for Klute and in 1978 for Coming Home), producer, author, and activist. Her career has spanned over fifty years, accumulating a body of film work that includes over forty-five films and crucial work on behalf of political causes such as women’s rights, Indigenous Americans, and the environment. She is a seven-time Golden Globe® winner and was honored with the Cecil B. DeMille Award in 2021, Honorary Palme d’Or honoree, 2014 AFI Life Achievement Award winner, and the 2019 recipient of the Stanley Kubrick Excellence in Film Award as part of BAFTA’s Britannia Awards.

Fonda will next be seen in the seventh and final season of Grace & Frankie, which will be Netflix’s longest running original series. It is for her work on the series that she received an Emmy nomination for Outstanding Lead Actress in a Comedy Series in 2017. She was last seen on the big screen in Paramount’s comedy Book Club, in which she starred alongside Diane Keaton, Mary Steenburgen, and Candice Bergen. Fonda also premiered Jane Fonda in Five Acts, a documentary for HBO chronicling her life and activism, at the 2018 Sundance Film Festival. The documentary received an Emmy nomination for Outstanding Documentary or Nonfiction Special in 2019. This year, she will star in the animated film Luck for Apple TV+ and in Paul Wetiz’s film Moving On, opposite Lily Tomlin.

Currently, Fonda continues to lead the charge on Fire Drill Fridays, the national movement to protest government inaction on climate change she started in October 2019 in partnership with Greenpeace USA. Her latest book, What Can I Do? My Path From Climate Despair To Action, details her personal journey with the movement and provides solutions for communities to combat the climate crisis. Fonda also notably celebrated her eightieth birthday by raising $1 million for each of her nonprofits: Georgia Campaign for Adolescent Power & Potential and The Women’s Media Center. 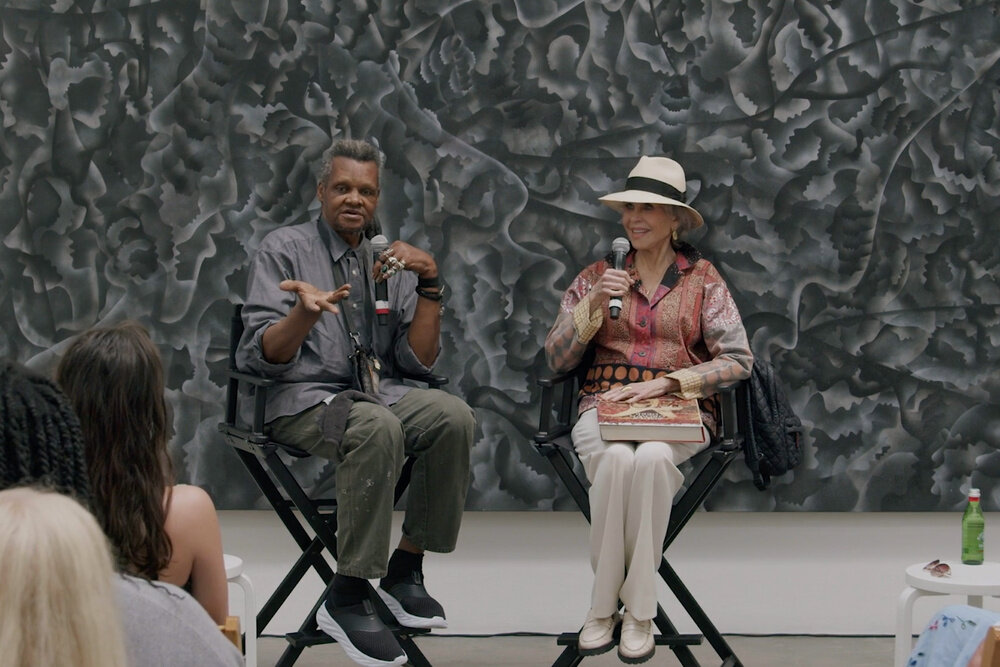