Kunsthal Charlottenborg is pleased to present HARa!!!!!!hAaaRAAAAA!!!!!hHAaA!!!, a solo exhibition with the French-Algerian artist Mohamed Bourouissa, following a presentation of the exhibition at Goldsmiths CCA in London earlier this year.

Bourouissa engages with contemporary life through photography, film, installation and art history, seeking to humanize his community as social subjects and initiate agency where is it often deprived. Each situation that Bourouissa investigates demands a different artistic approach, dialogue, and ethical negotiation. Born in Algeria and growing up in the banlieue (suburbs) of Paris, the artist brings a specific viewpont—of the street, hip-hop culture, criminality, economics, and survival against structures of power that do not allow sections of the population to access basic rights of education, justice, and democratic citizenship.

Various systems of exchange shape Bourouissa’s works—in the form of his transactions with participants in making the work; his tracing of colonial and cultural histories across disparate geographies; his focus on flows of capital and transformations of value; and not least in showing his work in gallery spaces and as part of the art market, which he takes pleasure in disrupting.

Bourouissa’s early work has often centered on the lives of young people of the banlieue, whose backgrounds run against the rigid nationalism of the French Republique. Later works take a more global scope, finding subjects in Australia and the US and resulting in encounters that reveal different systems of power and routes of exchange. Bourouissa claims no emancipatory role for his work—rather, his practice emerges from an equitable dialogue with specific groups, through a particular place and way of seeing. Marshalling references from Delacroix to hip-hop, Bourouissa’s work productively troubles the dividing line between the museum and the street, minority and majority, and the center and the periphery. 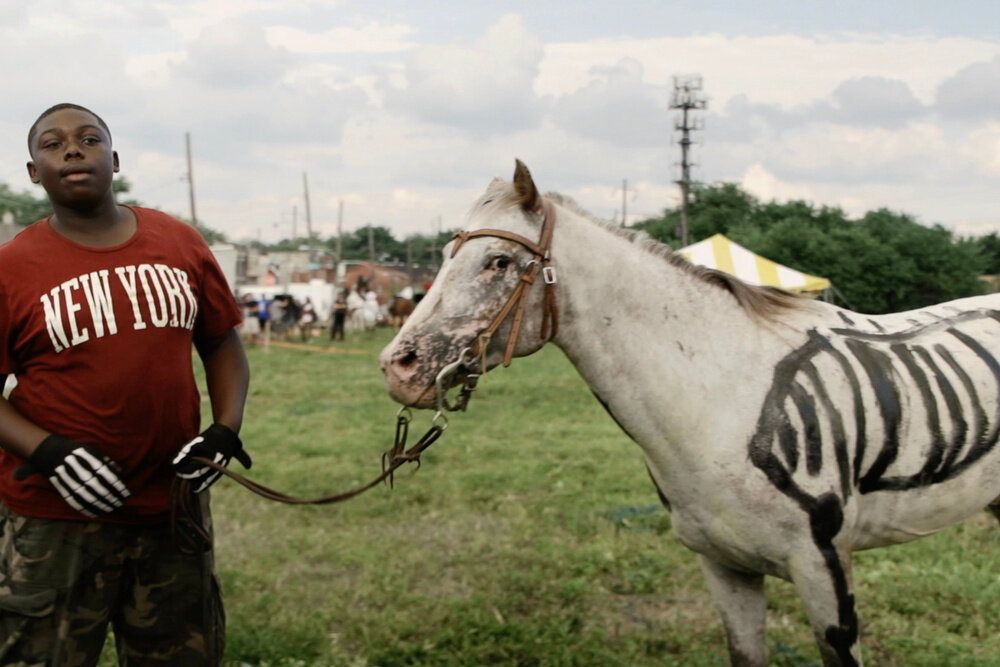 Our website uses cookies to improve user experience. Please click here to learn more.
By continuing to browse you are giving us your consent to our use of cookies.
I Accept
Blum & Poe Los Angeles is open by appointment, and walk-ins are welcome. Make a reservation here. Blum & Poe Tokyo is closed for installation.